Media server Modulo Kinetic by Modulo-PI, that can handle the real time projection on the 3d model.

Above you have severals renderings of the 3d model in different lights situations, seen from the video projectors point of view. The last image of the slide-show is a textured wire-frame.

The modulo KINETIC is a 3D real-time media server. This means that it will pick up the signal to give to each projectors using the texture (one or more fixed images and/or movies) projected in real-time into the 3d model that represent the screen, inside its engine.

Below some photos taken during the installation and video tests. 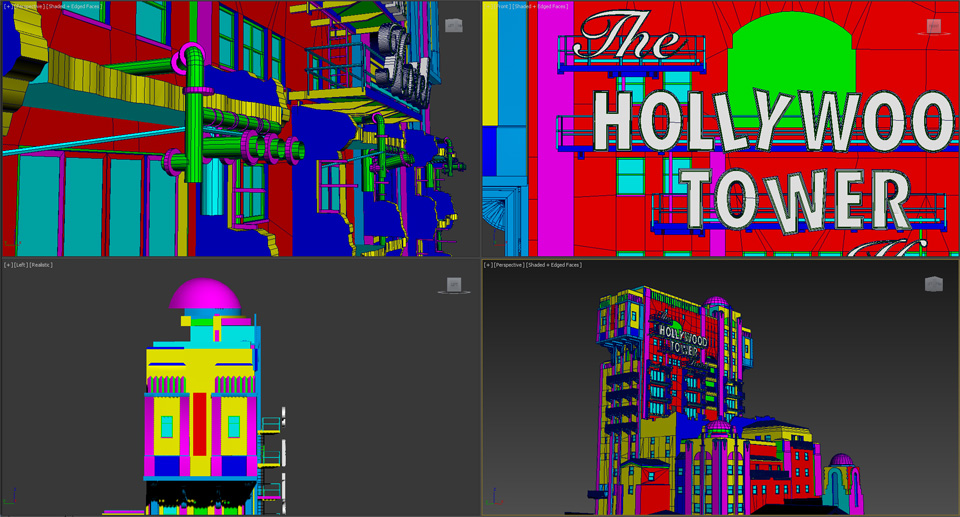 The following YouTube video is about the very first time the show play. This projection was dedicated to all the people that had a role into this project