Above you have some snapshots of the calibration phase. This is when I put the panoramics 360° photos into a 3d space by adding points (called  locators) that are seen from multiple photos.

Below you have all the panoramic photos that have been taken by Jeff Couturier during his survey. Heach of this photo is composed by 26 full frame photos, taken whit a fixed 24mm lens and using a specific panoramic head to avoid parallax issues.

You can lick any of the following thumbnails to open the correspondent photo in full screen, and navigate in 360° by clicking and dragging your mouse.

To zoom in and out you can use your mouse wheel or SHIFT and CTRL on your keyboard. 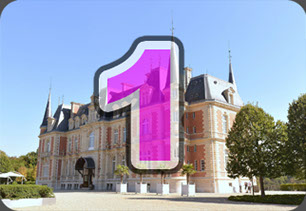 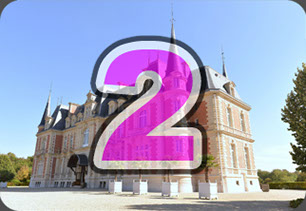 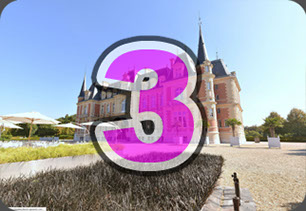 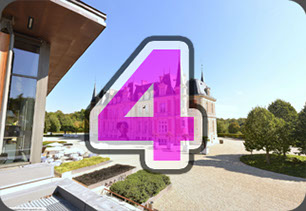 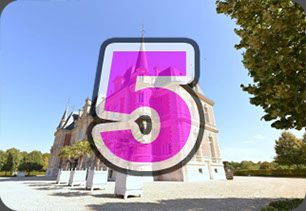 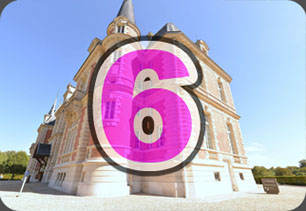 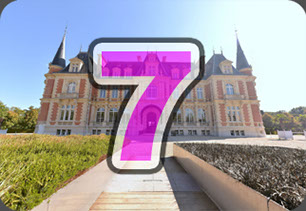 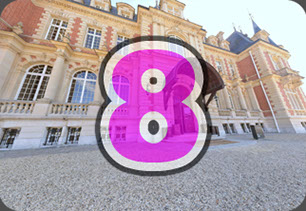 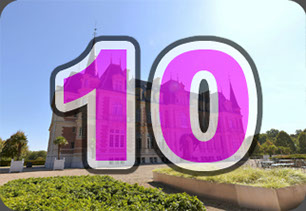 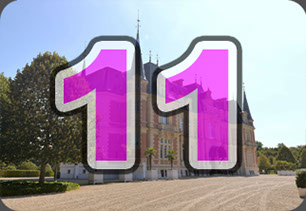 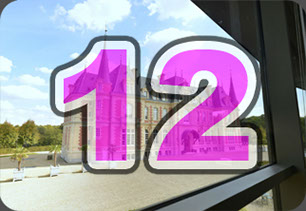 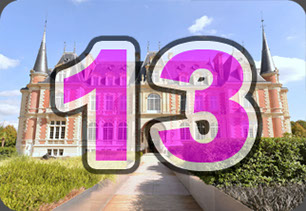 Above you can see the six video projectors point of view. Each projectors in mounted in portrait mode and share the same lens shift values : 0% left/right and max% up. In those images you also have informations about vertical inclination, lens model and ratio.

Below you have the texture for 2d content creation. This texture will be projected into the 3d model in real time inside the media server SMode.

Now that the 3d model and mapping simulations are done it is time to enter the project into the media server !

The SMode server has a real time 3d engine that can handle the 3d model and the texture projected in a 3d environment.

Inside the 3d environment of the SMode we can also find all the video projectors that will play during the show, as you can see in the screen shot above.

The texture (fixed images or  movies that came from the image creator) is projected and picked-up by each single projectors in 3d real time.

On the right you have some screen-shots inside the SMode interface during the set-up.

To help the SMode to understand where each video projector is located into the 3d environment I put some numbered nulls object on in the 3d model before doing the export for the media server.

The three images below show exactly those null objects.

Once on site for the installation, we put all the projectors exacly where they were expected to be and, trough the SMode we start to tell the projectors where those nulls object are in the real world, moving a projected viewfinder.

This way the server understand the physical position of the projector and provide the right signal to cover the affected screen. 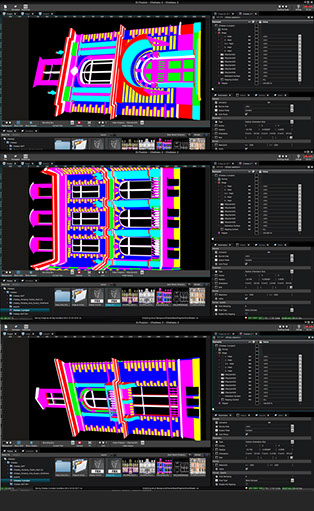 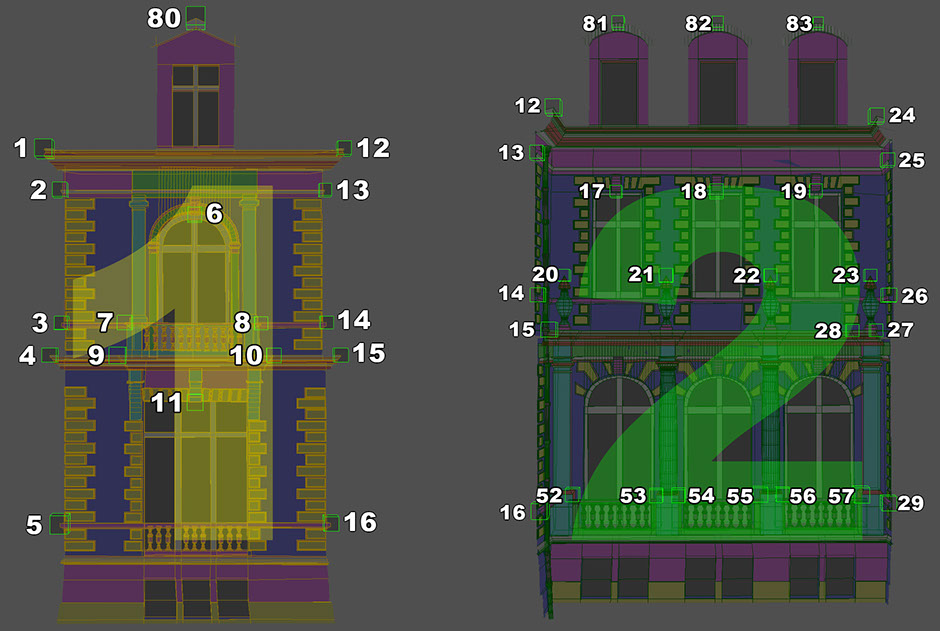 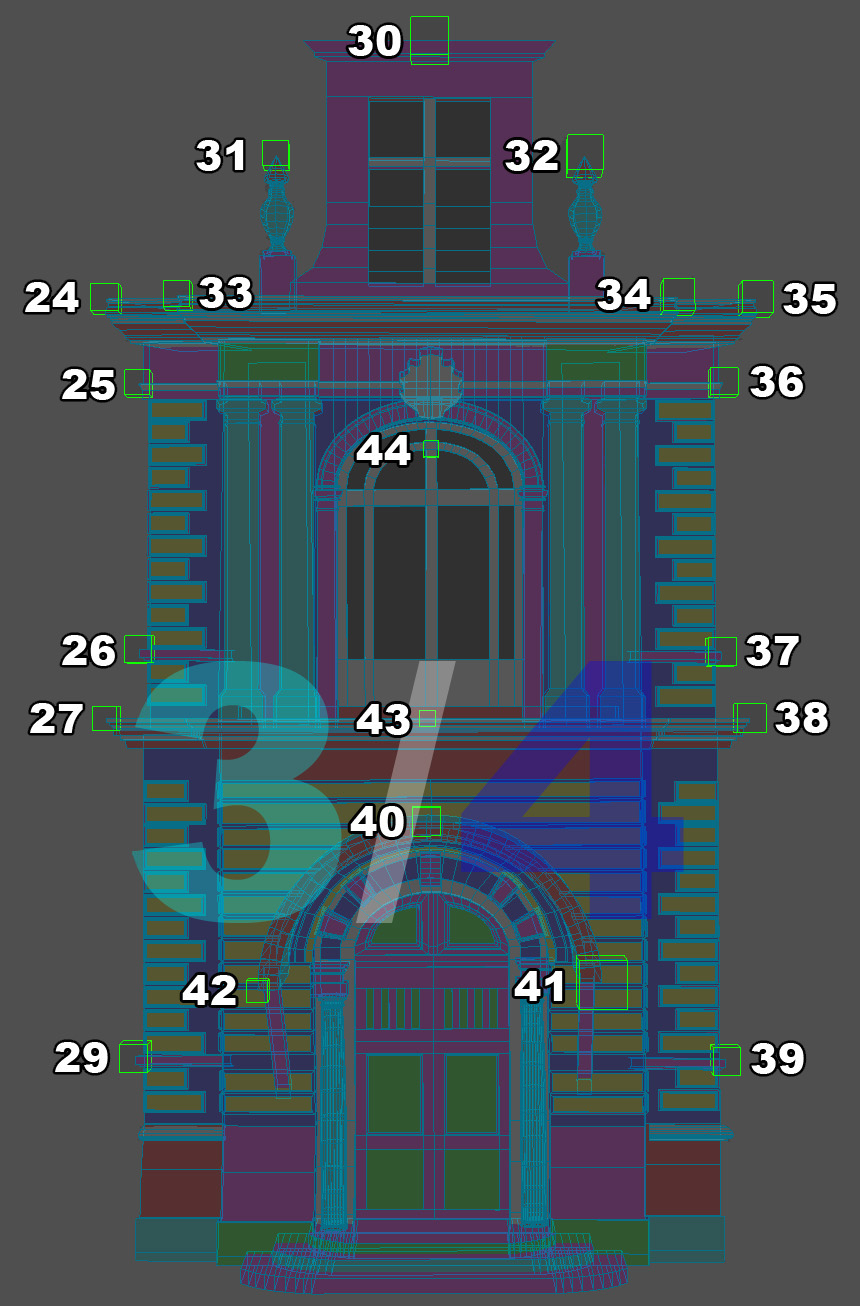 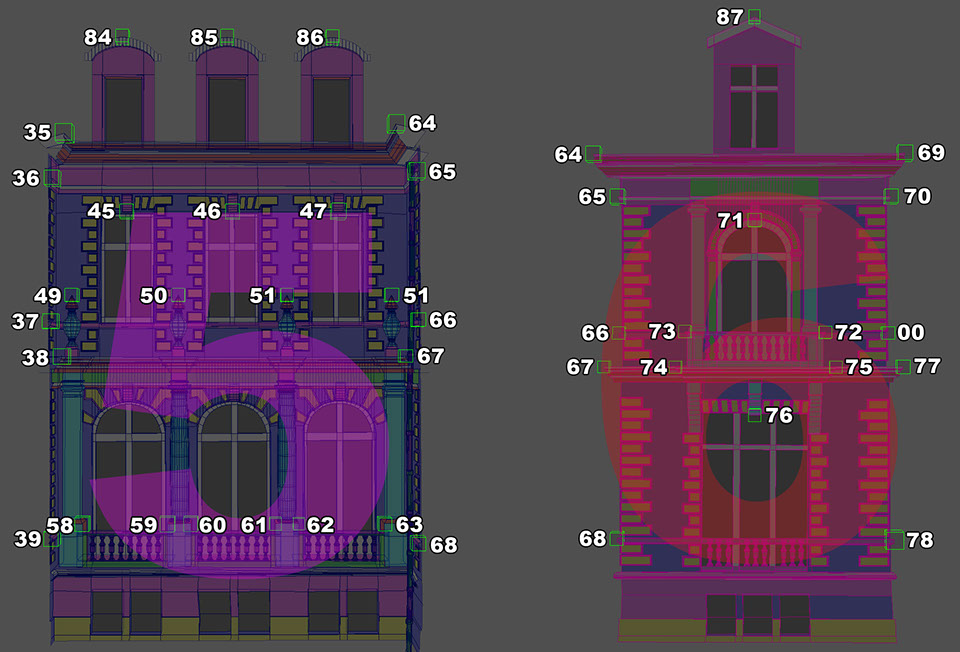 The following photos have been taken during the installation, the night before the show. Many thanks to the photographer Alexandre Buge 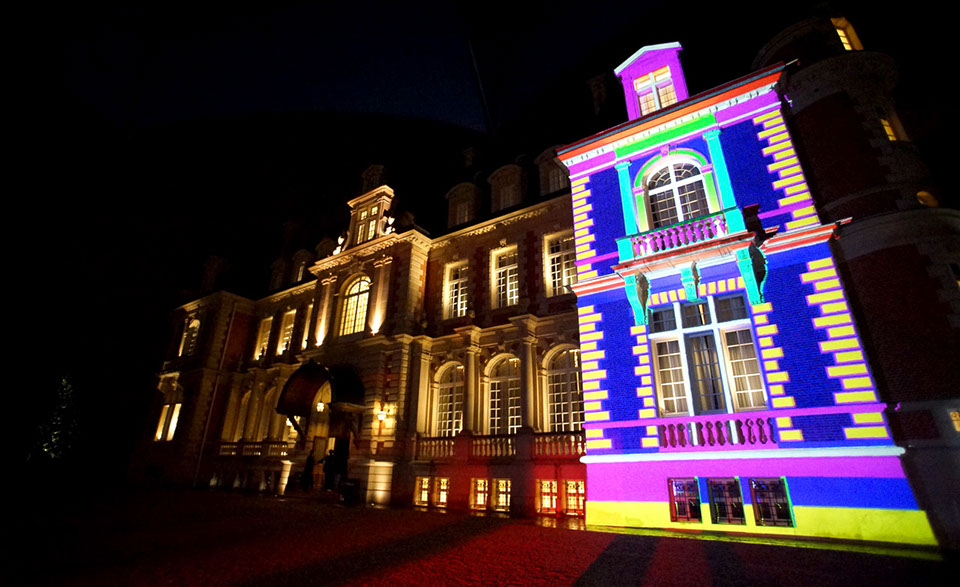 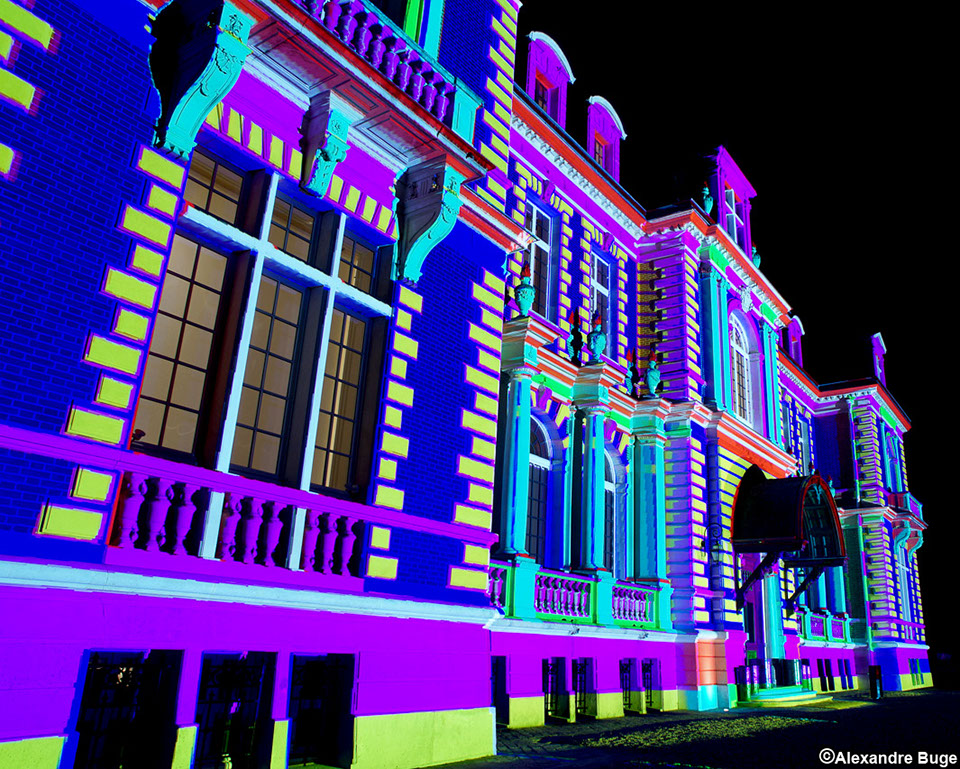 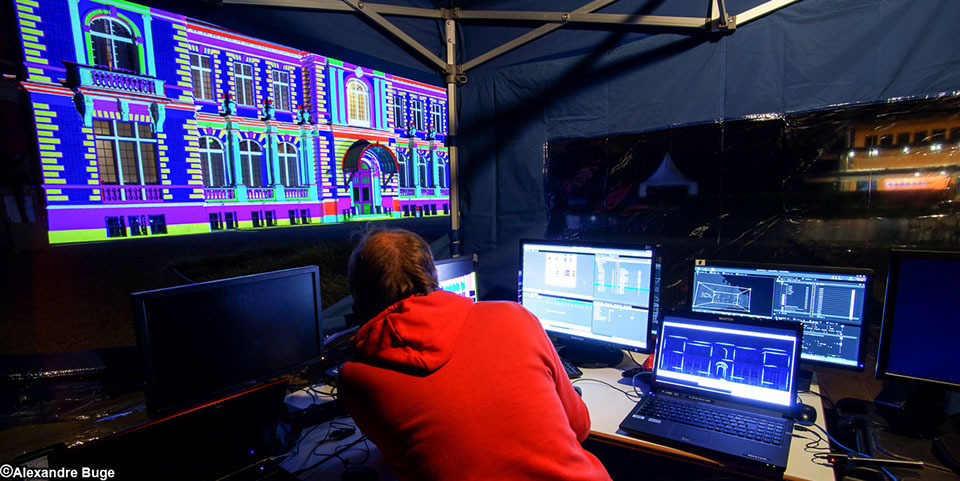 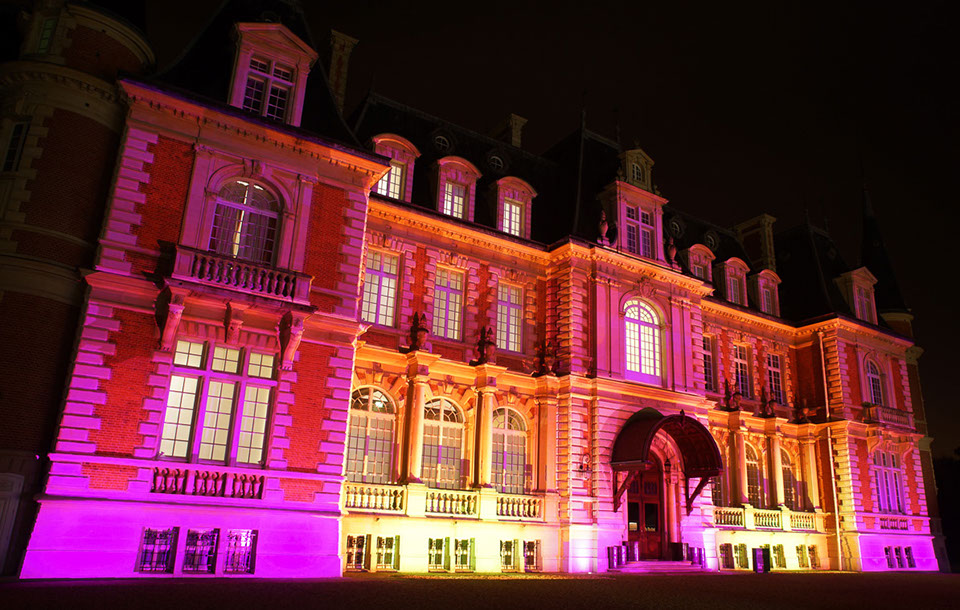 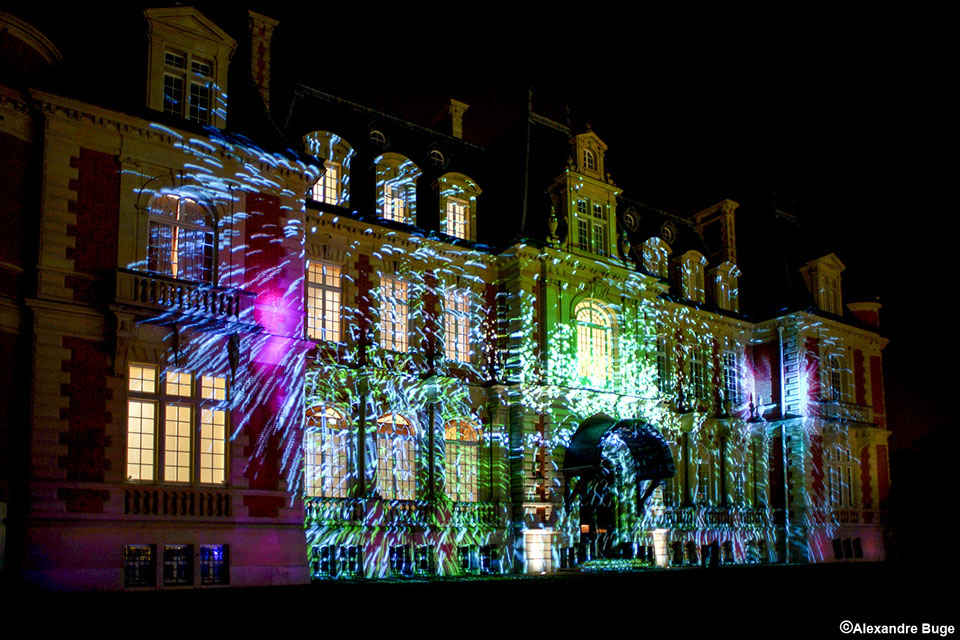