The European Football Championship is the most important European football competition between nations.

Created in 1960, it is organized by UEFA every four years, in even years when there is no World Cup.

Euro 2012 is the fourteenth edition of the European Football Championship.

I participated in this project in the tendering phase working for ETC, and simulating the projection on this curvilinear decor, inside a theater.

I had the chance to participate in the opening ceremony of Euro 2008 too, that was a day show with no projection. If you want to see this day show on my site please click this text.

Below a photo of the ceremony 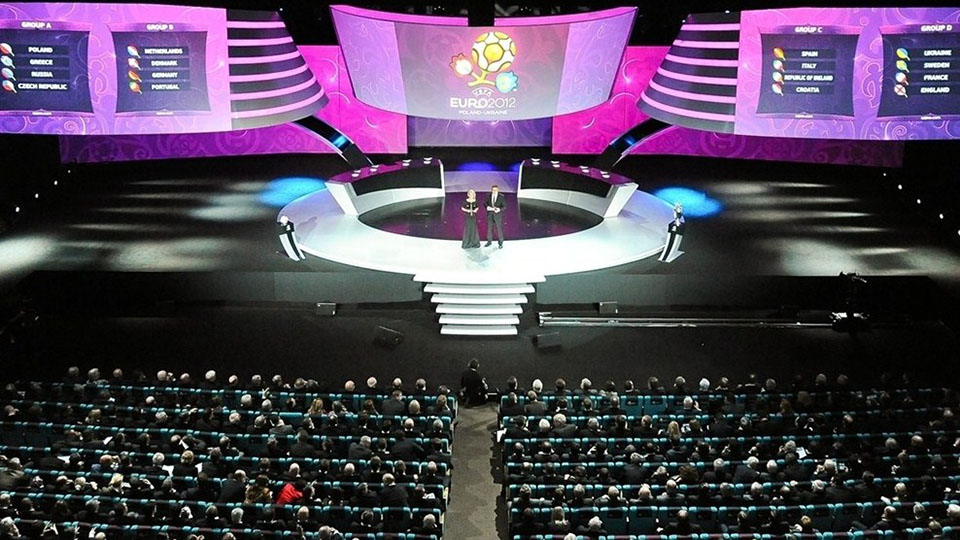 Below you can see some 3d images that are parts of the projection simulations : 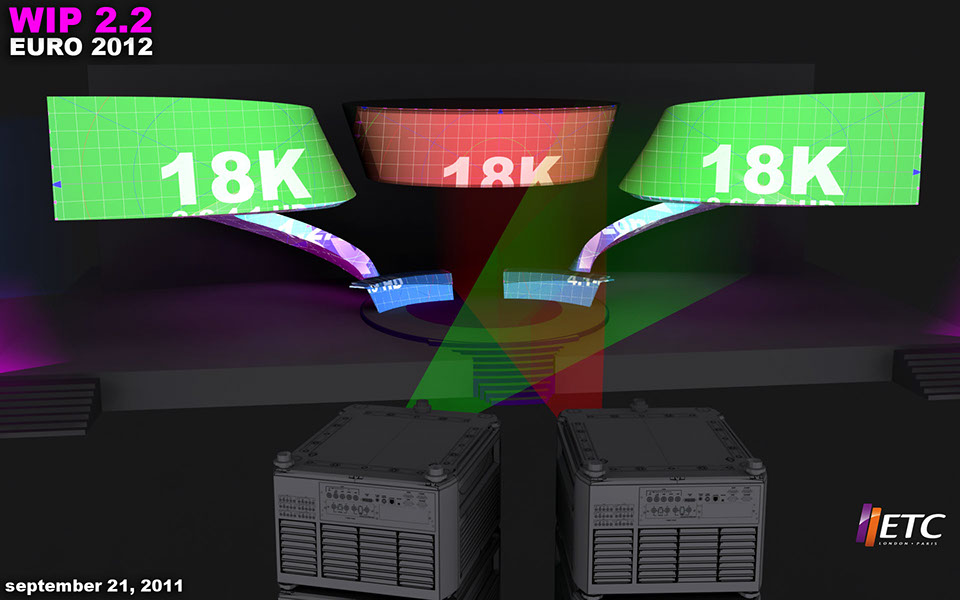 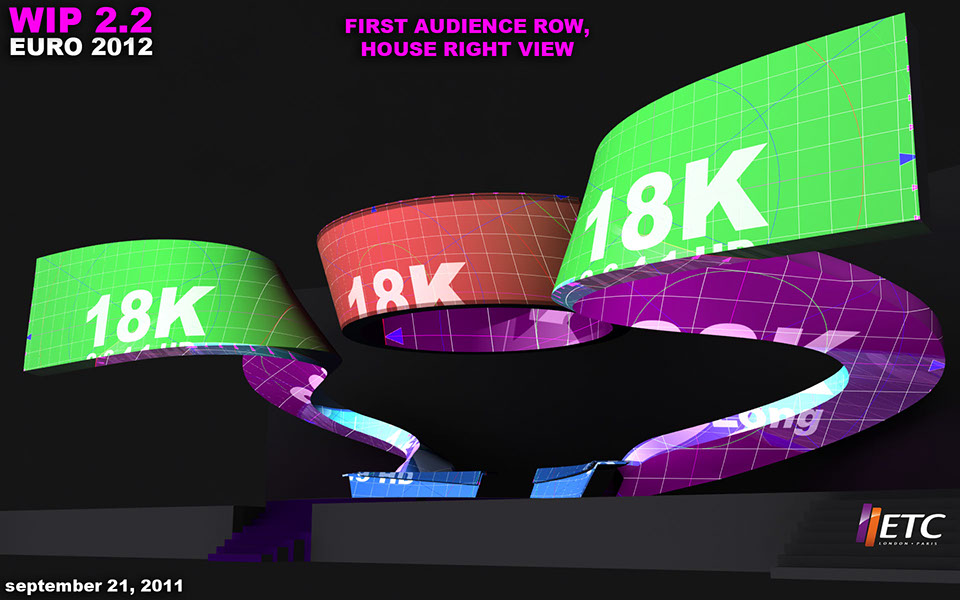 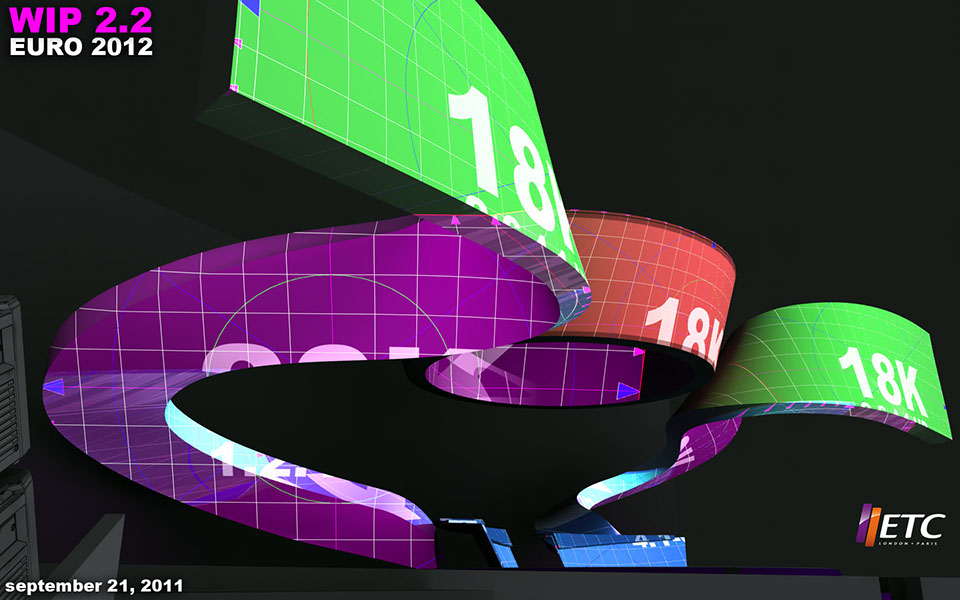 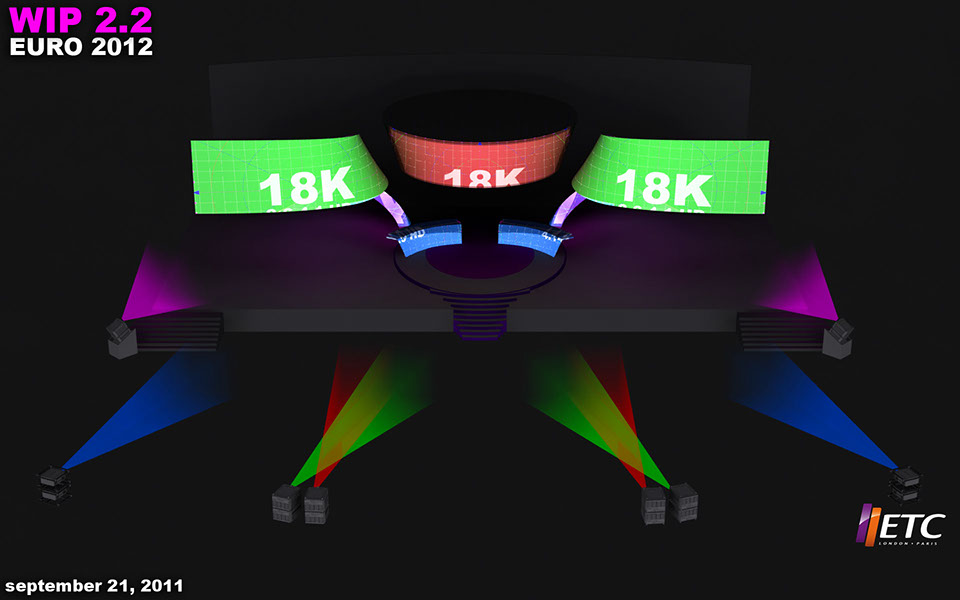 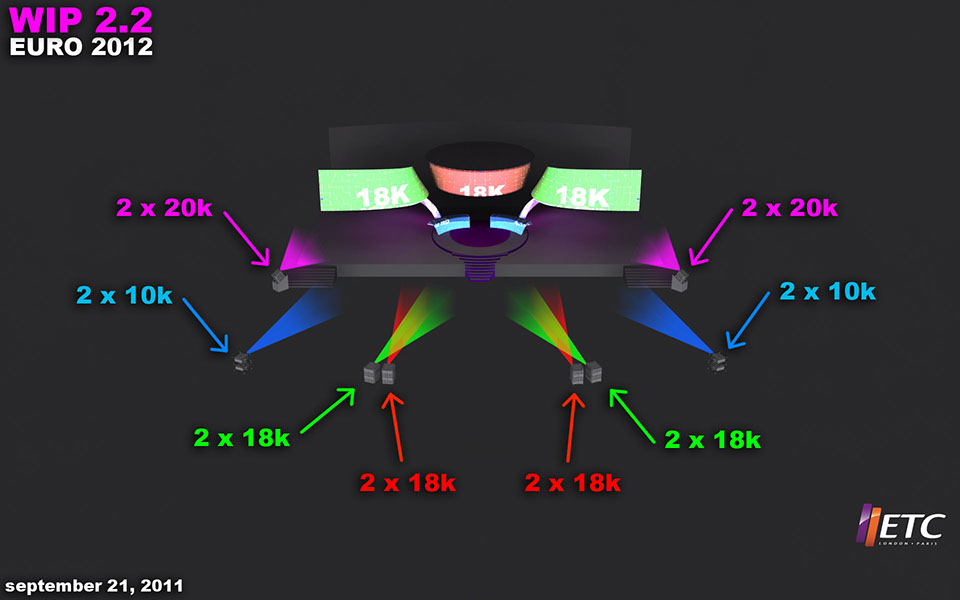 Below you have a slide-show with the four projectors point of view on the left of the screen. Those on the right are symmetric. Inside the circle of possibility of the lens you can easily see where is the lens shift value of each video projectors.