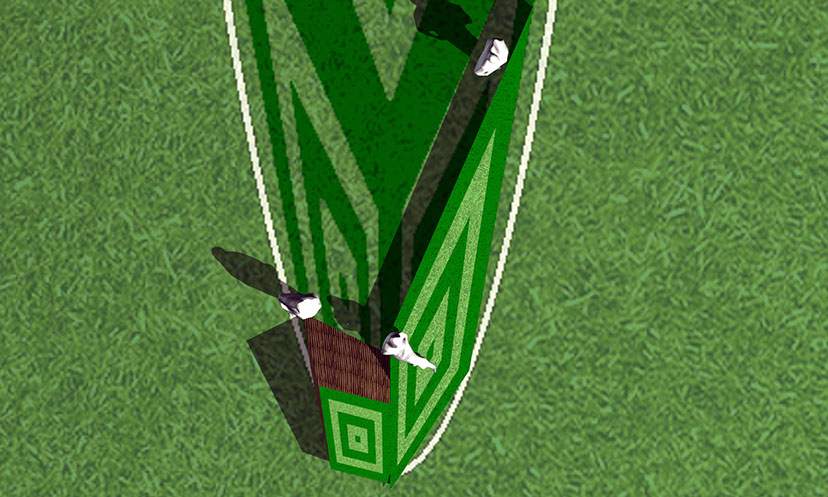 The image stayed in place from July to October 2010

François Abélanet is thecreator of this anamorphosis that changes our way of seeing, moving us in a space that suddenly is no longer quite flat.

"Where are we ?" What if geometry decided to take liberties with space? If suddenly the paths defied the outlook, the lines were too clear and the angles too straight ?"

"Is the real what one sees, where does the illusion begin?"

"I was tired of seeing sublime and gigantic gardens completely empty. At Bagatelle, I wanted to combine pleasure with eyes and games. I make contemporary art where we have fun. "

"Is the real what we see? Where does the illusion begin ? "

This plant opener has a strong vocation for interactivity!

Motifs made with: white of Spain, organic contributions, a regular (weekly) cut of the grass on 2 heights and 2 volumes of metal and wicker filled with topsoil.

I draw the work of François Abélanet in 3D, fixing its shape and the point of view of the anamorphosis.

Plant anamorphosis in the "Parc de Bagatelle", within the exhibition "Views on Biodiversity",

in the heart of the Bois de Boulogne, in Paris 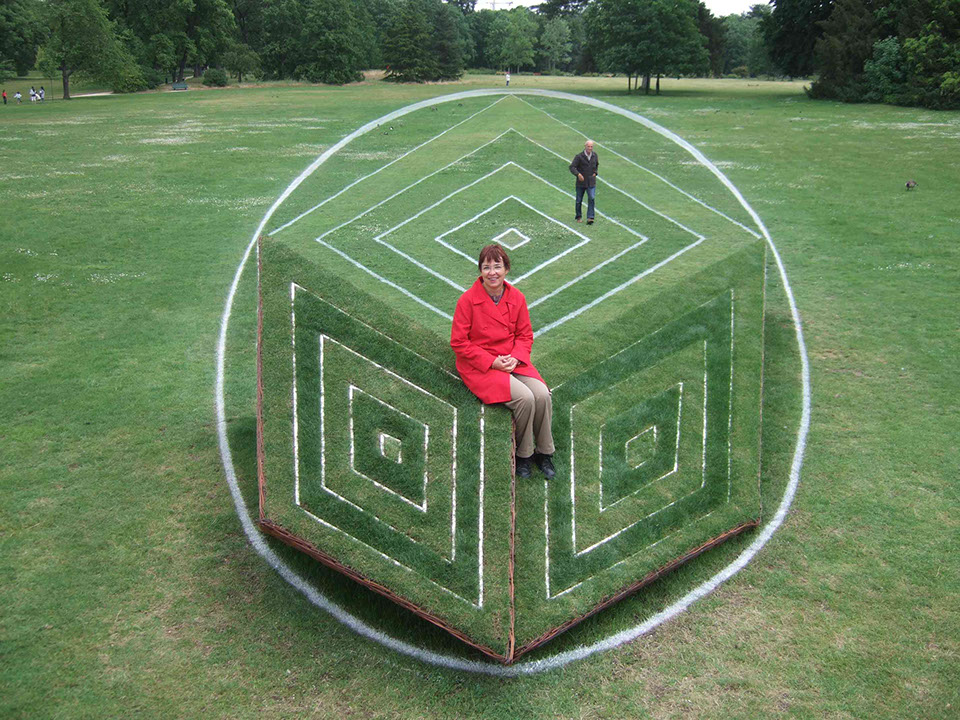 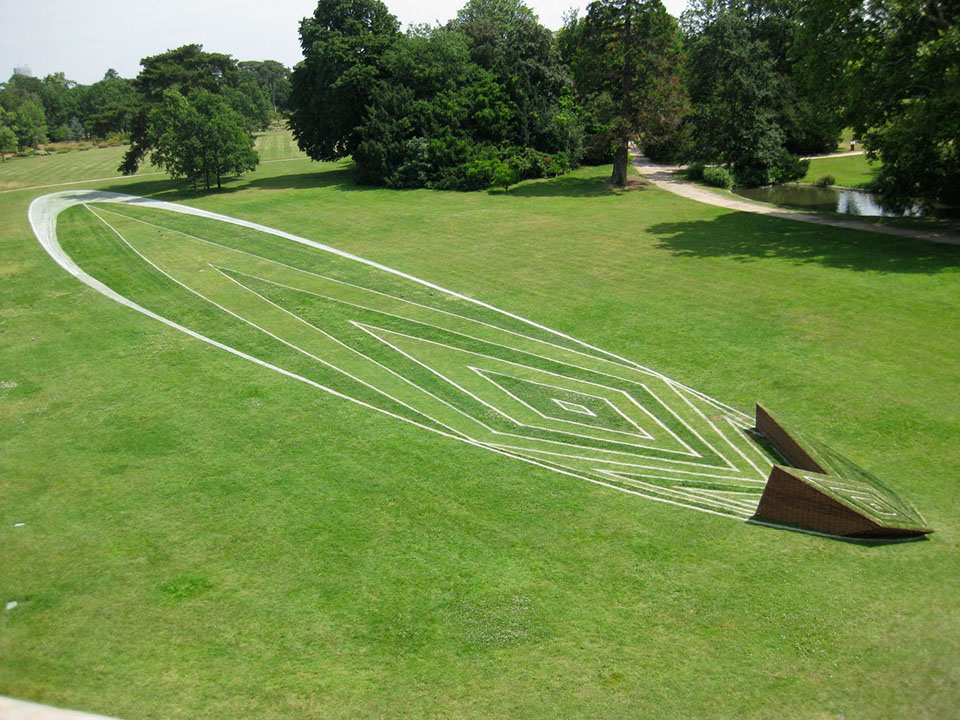 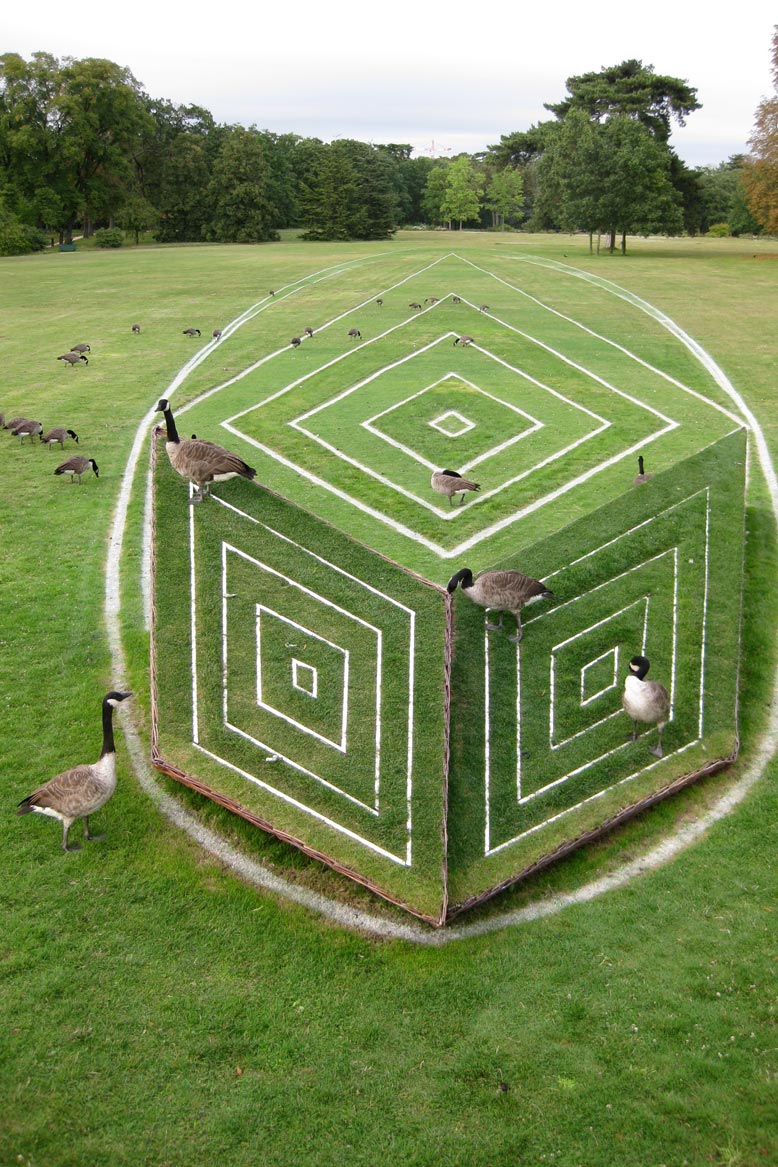 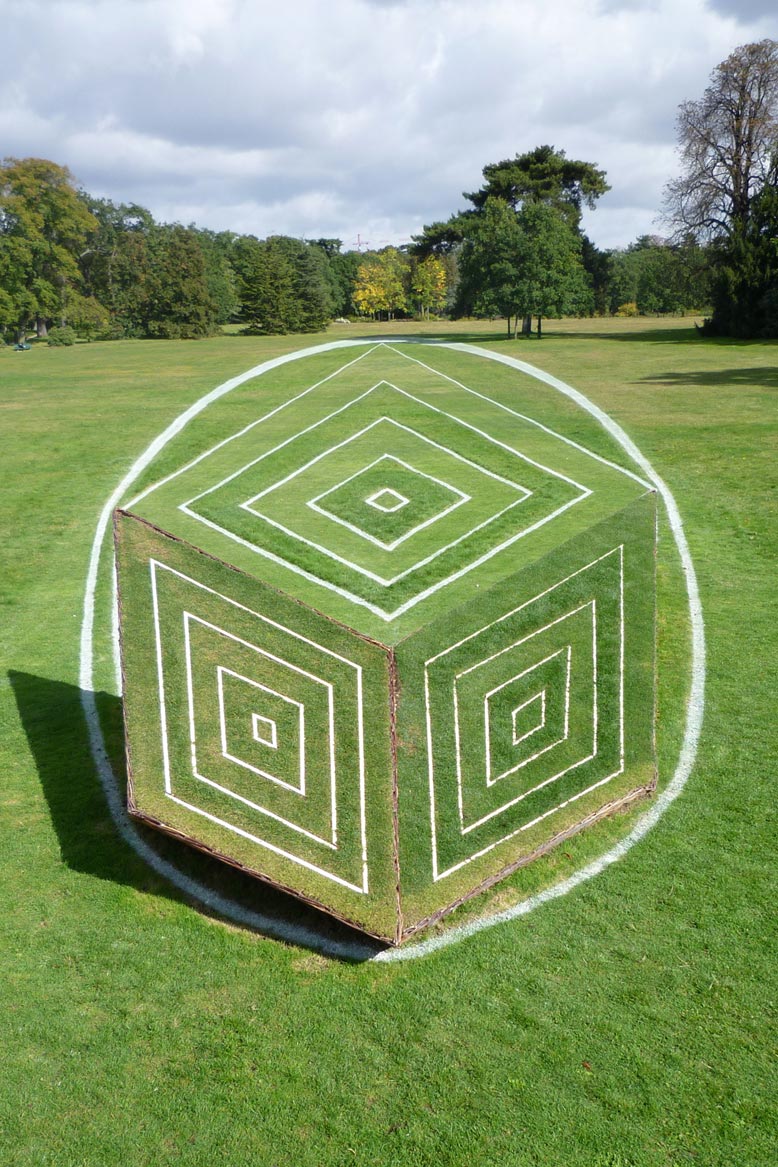